White People Wandering is a term I coined while walking the streets of large Asian cities. It has nothing to do with race, and everything to do with just sticking out. It happens when you don’t look at maps and end up in random and uneventful places – and are OK with that. The origin of this term came from Hong Kong, during the Chinese New Year when we would walk through crowds and not see another non-Asian person for hours. In standard tourist areas, you’re just another person, but once you get out of those areas you start to stand out. 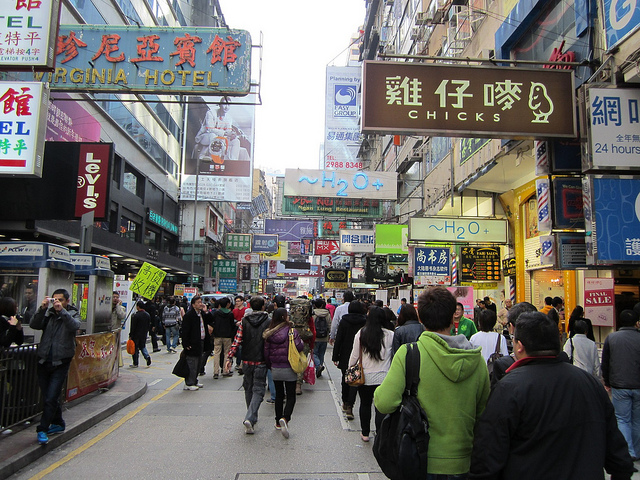 More recently, Josh and I set off on an (unintentional) 11 mile walk through Bangkok. We will be back there in June hitting up all the temples and main tourist attractions, so we figured we’d just wander. We got lost…and found our way…and then got lost again. Locals and tuk-tuk drivers would tell us “there is nothing to see around here” or “you are going the wrong way.” One guy just pointed in one direction, smiled and said “Grand Palace.”

How can you be going the wrong way when you aren’t in search of anything in particular?

They were right, there wasn’t a temple, a souvenir shop, or massage parlor in sight. There wasn’t much of anything around us, but we were enjoying the walk. I appreciated that some people were kind enough to stop and try to direct us towards an attraction they thought we were looking for. We couldn’t explain to them why we were OK with going the wrong way. We just smiled and kept walking in the opposite direction. We were enjoying seeing a different side of Bangkok. A quieter street, still busy with Thais going about their day. A few moments without everyone asking us if we needed a tuk-tuk or a massage or stick of mystery meat.

We found it entertaining in that we were tourists in their city, but to everyone around Josh and I seemed like the event to look at. We would walk by and conversation would stop and they would stare at us like they had never seen foreigners in their neck of the woods. Of course we were wandering through a random part of town where most people would ask us what we were doing there, not because we shouldn’t be, but just why, if there isn’t anything there for tourists? There is something relaxing and inspiring about just watching life. Seeing how everyone lives and trying your hardest to blend in out of respect and curiosity. Acting like it is normal for two  foreigners to be walking down that street.

So next time you find yourself walking aimlessly in a new city and everyone is telling you that you are going the wrong direction, smile big and keep on wandering!