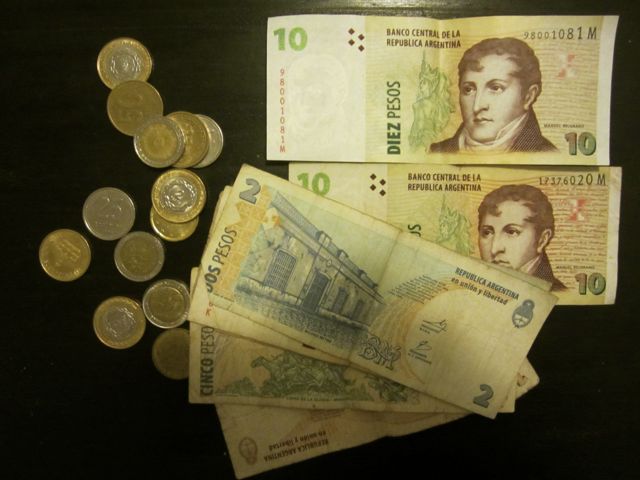 At this point in the trip, we got a little travel lazy. We had been going so hard for almost 8 months and we needed a break. We decided to settle down into an apartment in Buenos Aires for a month, since we had heard such great things about the city. Unfortunately, we left with it being one of our second chance cities.

Our budget was set at $82 per day for two people. Just like Spain and Rio, we expected to spend more than our goal average for the trip. Our daily expenses (excluding adventures) ended up at $86 per day, and our total daily average was $107 per day. The expensive visa reciprocity fees and our Spanish classes drove up the total, which was pretty high considered we basically sat in the city for a month. Argentina’s economy is not doing very well at this point, and food and lodging were very expensive.

Below, you can see a breakdown of our 35 days in Argentina by category:

(All numbers are only daily spending for two people, items like visas, fees, activities and food can be split in half to get a per person amount. The numbers don’t include airfare or other transportation to get to the country.)

Our “big adventure” in Buenos Aires was taking two weeks of Spanish classes at Vamos Spanish Academy. The class cost $185 per person per week. We were pretty burnt out trying to understand someone speaking Spanish, especially Argentine Spanish, to us for 4 hours a day, but we loved our teacher and felt like it helped us a lot.

Even though it wasn’t our favorite city of the year, we do hope to return one day, and this time during the summer so we can understand what all the fuss is about!